Digitization of the banking services is naturally allowing for the usage of A.I. in Finance

Experience with the clients is less acquired through human interaction and more so as a digital footprint. Digital footprints can be rigorously analyzed through science seeking for an edge in the market. This implies that banks, in the limit, are becoming algorithms. And this algorithmification rarely can be achieved homogenously across the bank. The result is what can be called The Two Speed Bank.

A Two Speed Bank simply refers to the different adaptability of the areas of a bank to the new competition framework – whether this is fast or slow. There is no cut-clean definition across banks for the areas that fall into one category or the other as the possibilities are manifold: from the distribution of the digital-native working force across units (both leaders and staff) to the new competitors arisen around them (from FinTechs to GAFAs). Hence it is crucial to navigate the idiosyncrasy through the savvy management of the right levers. And significant levers for a bank to be able to adapt are: data, data scientists, algorithmification creatives and FinTechs.

Data ought to be safe (and this require two non-negligible extra challenges such are anonymization and cybersecurity), clean, sharable and enriched across the bank. And for the data to have the upmost impact not only has to be used for the scientific improvement of the services and their prices, it can also be used for the systematic management of the whole entity (KPIs).

New profiles to deal with that data are a must. The typical mistake herein is to confuse A.I. researcher (overlap between science and technology) with data scientist (A.I. researcher with expertise in the domain). While the confusion can be innocuous in companies where the domain has little-to-none barriers to entry (e.g. Facebook, whose services are largely understood by the public) it becomes seriously risky when those are high. It can definitely frustrate the data-driven transformation. As a result, the leaders of data science ought to be experts in risk management in order to be critical with their teams’ findings. And this adds up to the already difficult challenge of finding this type of profile.

Are these profiles the so-called unicorns of the industry? Not quite yet. Unicorns are those who, on top of the aforementioned skills, do account for an economist mindset. Why? Because banks nowadays crucially need to judge the opportunities arising from the algorithmification of the industry. They need to creatively identify them first and then question them from all possible angles, business feasibility included, in a context where competition and regulation increase by the day. Let’s call them: algorithmification creatives. I will cite three examples. One of the after-PSD2 Aggregators in the context of Game Theory, another one of the usage of A.I. to chase the microeconomic equilibrium “Price = Marginal Cost”, and a last one around Economies of Scale Exploitation introducing the AlgoFramework – winner Banking Tech Awards, 2016 as best Trading Platform.

In the absence of algorithmication creatives, the combination of an existing FinTech with a bank’s low-speed unit can become a shorcut to accelerate the transformation. Hence being able to set up the right partnerhips (or acquisitions) in such an ecosystem is key.

All above information is based in a 5-8 year horizon. Then onwards, I would personally expect the industry to push us where we naturally belong: risk management. That is where we have an edge with respect to most disruptors. And thereon we should be thinking what other industries we can disrupt building on such a skill. 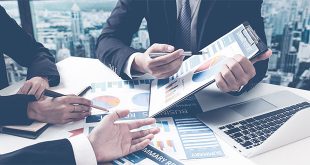 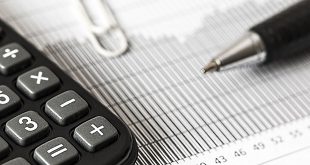 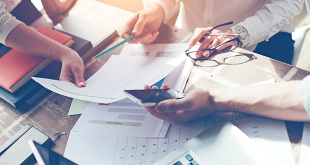 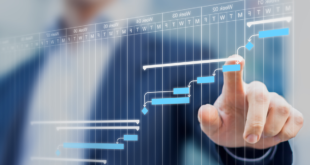